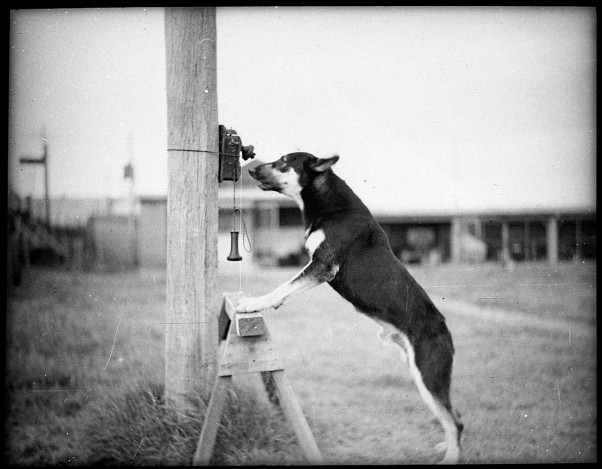 “Operator,” the dog barked. “I would like to make a long distance phone call.”

He was becoming quite indignant. The stupid human on the other end was being surprisingly unhelpful. Clearly, he had never been properly trained. Man might be a dog’s best friend, but he was a stupid animal, barely able to function without canine supervision.

“No!” the dog replied, his ear twitching angrily. “This is not a joke!”

But the human still didn’t seem to understand. “Hello…?” he asked tentatively. “Is anyone there?”

“I am, you bipedal moron!” the dog snarled.

“Look, if you’re not going to make a call,” the man said. “Then get off the line!” He sounded cross himself, although human emotions were difficult.

The operator hung up.

The dog erupted in a series of highly agitated barks and snarls, some of which are untranslatable, none of which were remotely polite.