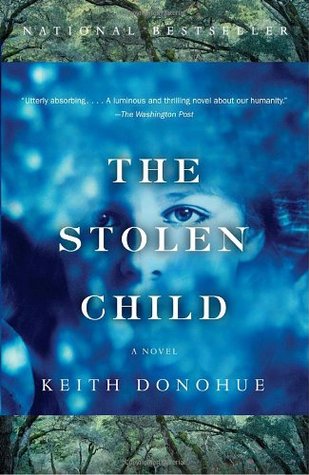 is a dark, earthy reimagining of the fairy and changeling mythology. Taking its name from W.B. Yeats poem, the novel follows the parallel narratives of Henry Day, a boy stolen away from his family, and the changeling that takes his place in the human world.

Henry Day is renamed Aniday and takes his place among the ancient children of the forest, his old life largely forgotten. He learns their ways and becomes, like them, stuck in time filled with strange powers and knowledge, but at the same time adrift, his sense of self distant and vague. The changelings all yearn to return to the human world, but there are rules and each must wait their turn. They can only return by replacing another stolen child who in turn replaces them. Aniday is the youngest and he has many years to wait.

Meanwhile, the changeling echo has taken his place and his name attempts with varying degrees of success and occasionally tragic consequences to fit in with the Days. His sense of self is no more certain than Aniday’s, and as he struggles to reconnect with humanity and make connections, he is haunted by who he was before the changelings took him centuries before. Aniday and Henry’s twin quests for identity play out across several decades before ultimately colliding.

Donohue is not interested in changeling magic, per se. There are hints of powers and deeper mysteries on the edges of the narrative. The Stolen Child

is far more concerned with atmosphere and people, changeling and otherwise. There is an aching melancholy to the novel and sense of hope. Donohue is a gifted and confident storyteller. Highly recommended.

The Stolen Child can be found here

One thought on “Book Review: The Stolen Child by Keith Donohue”