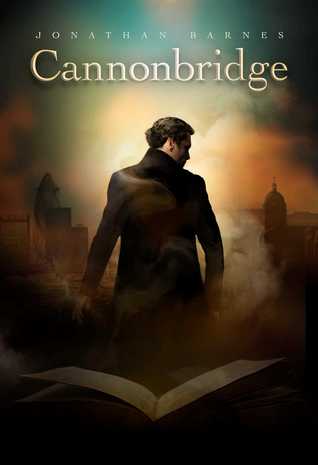 promises to be a fantastical journey through an alternate 19th Century, where a Matthew Cannonbridge is the greatest English literary figure of the age. He’s been everywhere, written everything. He was there when Mary Shelley first dreamed of Frankenstein. He encouraged a young Charles Dickens, visited Oscar Wilde in prison, and went drinking with Edgar Allen Poe. His plays, novels, and poems are acknowledged as peerless even by those great men of letters. And he never seems to age.

The combination of fantasy and a whirlwind tour of 19th Century literature is nearly irresistible for me. This is my genre. This is my period. The notion of an academic desperately trying to unravel a literary, reality-bending conspiracy with a fake 19th Century author at its heart is, more or less, designed to appeal directly to the reader, writer, and 19th Centuryist in me. For me, at least, it conjured vague notions of a Borgean, perhaps even Kilgore Trout-esque, narrative filled with as many well-known and obscure 19th Century literary references as possible. This is not that book.

Barnes has written a fast-paced fantasy thriller that encompasses literature and capitalism. He is playing with fascinating ideas about transhumanism and Matthew Cannonbridge himself is an intriguing creation. Dr. Toby Judd’s efforts to pierce the illusion and expose the conspiracy of Cannonbridge are taunt and filled with compelling, if lightly drawn characters. The passages with Cannonbridge and any number of literary and historical figures are fun, especially as they start to turn towards horror and grotesque.

is, in short, a fast-paced novel with intriguing ideas. The nature of Cannonbridge is an intriguing mystery with an unexpected resolution. It’s just not the book I, personally, hoped it was. It doesn’t quite come together at the end. I have put myself into this review a bit more than I usually do, partly because I’m experimenting with style, but mostly because this book was so nearly in my wheelhouse that I can’t quite separate myself from it. It’s difficult to be objective and take the book on its own terms, when I really want to read, or even write, the book it isn’t.

Cannonbridge can be found here