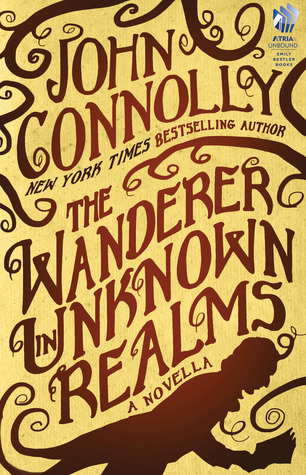 is a horror and mystery novella set in the Interwar years between World War I and World War II. Soter, a private investigator haunted by the war, becomes embroiled in the search for the missing Lionel Maulding, an eccentric but well loved book collector. As Soter retraces the missing man’s steps, he finds himself in the strange and unexpectedly dangerous world of rare book collecting.

Maulding was on the trail of the most rare and expensive of books—The Atlas of Unknown Realms. The Atlas is believed to describe all the things that never were, that exist outside this reality in the multiverse beyond, and it is believed that even the act of reading it would rewrite reality itself. Soter doesn’t know what he believes. Shell-shocked with an already tenuous grip on his sanity, he begins to notice creation itself shifting around him.

During the course of his investigation, Soter meets a collection of peculiar characters who would have felt quite at home in a Dickens novel, starting with the absent Lionel Maulding, whose house is a temple to bibliophilia. There is Quayle, the discrete lawyer from a long line of discrete, who pays slowly and miserly but is sympathetic to Soter in his own cold, distant way. There are the occult booksellers Dunwidge and Daughter and their drunken, murderous associate Maggs, a book scout who long ago stopped loving books, but now fears them instead.

Connolly is clearly interested in the nature of books and reality, how ideas are transmitted, and can change the world. This is a novella, so the ending may perhaps seem a little rushed and anticlimactic, but, personally, I felt it concluded on the right ambiguously apocalyptic note.

There is a brooding unease to The Wanderer in Unknown Realms

, which wears its influences on its sleeve. It reads like an H.P. Lovecraft story as written by Jose Luis Borges with a sprinkling of Dickens, which for me, at least, is an intoxicating combination.

The Wanderer in Unknown Realms can be found here