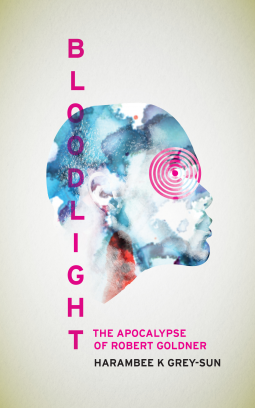 opens with a warning from the publisher. This is not, we are told, a Young Adult novel or a New Adult Novel. It is a work of Metaphysical Fantasy and is for readers who enjoy “stories that are surreal, cerebral, dark, and bizarre almost beyond all description.” Clearly, someone was worried the readers might get the wrong idea, so much so that they include this warning in both the blurb and in a specially inserted publishers note.

As it happens, I do enjoy surreal, cerebral, dark, and bizarre stories. That description is music to my ears. Nevertheless, for most of the story BloodLight resembled soothing so much as a Young Adult novel. Robert Goldner is a troubled young man. The only African American on his high school’s wrestling team, he is used to having to fight, to try and prove himself, not least to the memory of his dead mother who always considered him a mistake. Most of the narrative follows Robert as he tries to keep his head down, while his best friend lies in the hospital after a mysterious accident. The surreal aspects creep in slowly, as Robert begins to hallucinate and experience an almost existential identity crisis.

The novel is split into three parts and it is only in the final, and shortest one, that the metaphysical fantasy comes to the forefront and Grey-Sun begins to explain what has been happening. Robert goes on a metaphysical journey deep into himself and into the universe beyond. It is only here that Robert seems to have any agency.

is a well written and deeply thought through novel. Harambee K. Grey-Sun has clearly put a lot of thought into his cosmology. The final part was the most interesting, but on the whole, the novel felt confused and a little unfocused. This may be because, it turned out, unexpectedly, to be the first part of a series. There was no indication of that until the end. With that in mind, the slow opening and set up becomes more understandable.