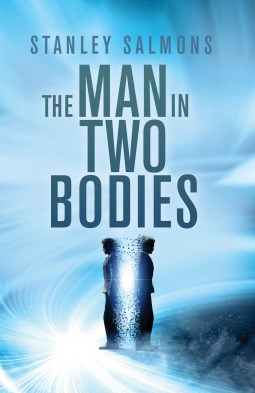 is a science fiction crime novel following two scientists Rodge Dukas and Mike Barrett. Rodge is a physics genius decades ahead of his time who makes a breakthrough that could change the world, for good or ill. Mike, an old friend from college days, has plans for Rodge’s invention beyond the confines of academia. A competent scientist and technician he lacks Rodge’s genius but has a gift for practical application and planning. They go on a crime spree that leaves the police baffled, before preparing to enact the perfect crime with the help of Mike’s sometime girlfriend, Susan, who’s relationship with Rodge is more than friendly.

The novel opens slowly. Early chapters seem to revolve largely around Rodge explaining the central science fiction concepts to Mike and thereby the reader. Once the concepts have been established, however, it becomes an engrossing page-turner. Salmons skillfully shifts between the three main characters point of view to build suspense and slowly reveal their characters. Somewhat unusually for a high concept science fiction novel, the characters—their relationships and secrets—are the strongest part of the novel.

The Man in Two Bodies

mixes science fiction, crime, and a character study into a fairly unique concoction. Salmons does not dig too deeply into his concepts, and gestures only briefly at wider societal implications. The tight focus and moral determination of the three character, however, is an effective demonstration. Despite the slow start, this was a thoroughly enjoyable read. Highly recommended.

**Received copy from NetGalley for review